We use cookies on our website. Cookies are used to improve the functionality and use of our internet site, as well as for analytic and advertising purposes. To learn more about cookies, how we use them and how to change your cookie settings find out more here . By continuing to use this site without changing your settings you consent to our use of cookies.

Sharad Upasani has been appointed as the Chairman of the Board of Directors of the Company with effect from December 21, 2007. 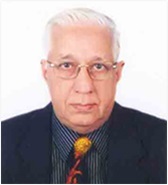 Sharad was also on deputation to International Monetary Fund, Washington from 1974 to 1978. He is a member of Bar Council of Maharashtra and Goa. After retirement from Government Service as Chief Secretary, Government of Maharashtra, He is now giving Consultancy on Corporate Law matters and acts as Arbitrator in corporate disputes.

Balfour Manuel has assumed the role of Managing Director w.e.f. May 16, 2019.

Balfour Manuel, a Blue Dart veteran of over 35 years, has been instrumental in the success of Blue Dart from the very beginning of the company’s inception. A longtime employee of the company, Mr. Balfour Manuel prior to his appointment as Managing Director was Chief Executive Officer of the Company w.e.f January 23, 2019. He was also Senior Vice President in charge of Blue Dart’s business-to-business customers, a cornerstone of Blue Dart’s customer base and had also held a key general management position where he was responsible for the growth and development of Blue Dart’s business in the Western region in India.

Balfour holds a Masters in Business Management in Marketing from University of Mumbai. 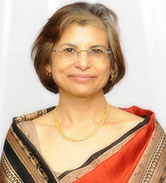 Tulsi has been actively associated with the airline and express industry in India for over 45 years and with Blue Dart for 22 years, having been involved with the launch of Blue Dart Aviation prior to its inception in 1996. Tulsi was responsible for setting up the air cargo products, interline arrangements and major contracts including Postmail and initiating charter operations. Tulsi spearheaded First Choice, the Group's continuous improvement programme and was the first Senior Advisor for First Choice in Blue Dart. In Blue Dart Aviation, she has been instrumental in bringing about policy changes in civil aviation to acknowledge the contribution of air express and support the distinctive requirements of the cargo airline industry in the country.

Tulsi has an MBA degree in International Aviation from Concordia University, Montreal and has been felicitated by the Ministry of Civil Aviation for her contribution to Civil Aviation in the country. 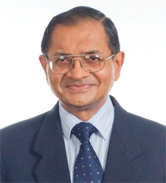 Narendra P. Sarda was President of The Institute of Chartered Accountants of India (ICAI) in 1993-1994. He was Chairman of Deloitte Haskins Sells & Affiliates, India during 2007 to 2011. He was a Public Representative Director on the Board of The Stock Exchange, Mumbai, (BSE) during 1999 to 2001. He was a member on the Board of the erstwhile International Accounting Standards Committee, London during 1993 to 1995.

He was a member of the IFRS Advisory Council, London (Advisory body to International Accounting Standards Board -IASB) during 2009 to 2011. He was a partner in P. C. Hansotia of & Co., Chartered Accountants for 41 years during 1970 to 2011.

He has delivered lectures for 22 years (1968 to 1990) for CA exams conducted by ICAI and he was Chairman of the Western India Regional Council of ICAI during 1978-1979. He has also delivered lectures on professional subjects at several seminars and conferences of ICAI, Bombay Chartered Accountants Society, other Professional Institutes and various Chambers of Commerce.

Sarda currently is Non - Executive Director on the Board of Gillette India Ltd. 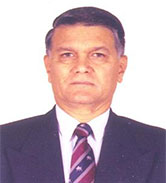 Air Marshal M. McMahon (Retd.) aged 72 years has wide experience in the Aviation Industry.
Air Marshal McMahon (Retd.) was commissioned as a fighter pilot and served in the IAF for 42 years. On graduating, he stood first in Flying. He underwent the T - 33 / F- 86 Advanced Gunnery Course in the USA and was awarded certificates for standing first in Low Level Strafe and Low Angle Bombing. He was an A2 Qualified Flying Instructor and was winner of the Chief's of Air Staff trophy for standing first in flying during the QFI course. His important staff appointments were Director, Air Staff Requirements, Asst. Chief of Air Staff (Operations), Inspector General of the IAF and Vice Chief of Air Staff. He is a recipient of the Param Vishist Seva Medal, Ati Vishist Seva Medal and Vishist Seva Medal.

Mr. Kenneth Allen, aged 63 years, is the CEO of DHL eCommerce Solutions. He has been a Corporate Board Member of the Deutsche Post DHL Group since 2009. He became Board Member for DHL eCommerce Solutions with effect from January 1, 2019, and his new assignment includes the 'Parcel Europe and Ecommerce' businesses. Apart from keeping the responsibility for Customer Solutions & Innovation (CSI), Mr. Allen leads the further development of the overall e-commerce strategy for the Group.

Mr. Kenneth Allen successfully shaped the Express strategy and led the division to an unparalleled growth trajectory by unlocking its revenue and profit potential. With relentless focus on the core principles of the customer centricity, employee engagement and profitable growth, Mr. Allen established truly world-class processes within the Express division, making it the most profitable division of the Deutsche Post DHL Group.

Mr. R. S. Subramanian is currently the Senior Vice President and Country Manager, for DHL Express India, and a member of the DHL Asia Pacific Management Board.

With over 25 years of experience, he has extensive knowledge in sales, strategy and marketing. His vast experience has led him to manage several key responsibilities within DHL Express. Mr. Subramanian joined DHL Express as the Head of Sales subsequently moving on to the position of Vice President, RoSA wherein he was handling DHL Express operations in Pakistan, Bangladesh, Sri Lanka, Nepal, Maldives and Bhutan. He assumed the role of Country Manager in 2010 for the business in India and successfully led several key projects.

Mr. Subramanian’s strong business acumen has led to him building successful teams, adoption of best in class initiatives and building cost efficiencies that have resulted in the India business growing significantly in the region. He has been the driving force behind DHL Express India being recognized as an industry leader, having both best in class industry and people practices.

Mr. Subramanian holds a Bachelor's degree in Engineering and a Masters in Management from IIM – Bangalore. Prior to DHL, he spent 14 years with Hindustan Unilever Ltd in a variety of sales and marketing roles. He is Gold Certified in First Choice which is Deutsche Post DHL’s internal quality programme based on the Six-Sigma DMAIC methodology.

Mr. Subramanian is the Vice Chairman of Express Industry Council of India and a Member of the Management Committee of Indo-German Chamber of Commerce

Prior to her present role, Ms. Kavita Nair was Associate Director for Commercial Operations at Vodafone India across Customer Operations, Retail, Digital, Customer Experience and Business Transformation. Her primary focus was to deliver a superior experience to customers across all touch points and helping Vodafone to become the Most Loved Telecom Brand in the country. A career telecom professional, Ms. Kavita’s career mirrors the evolution of mobile telephony in India. As the industry matured from basic voice and text to the multifaceted world of data, Ms. Kavita played a key role in driving this transformation with a multitude of roles focused on driving innovation and bringing delightful experiences to customers, while creating value for the business. She has held leadership roles in diverse functions across both consumer and enterprise domains. Ms. Kavita’s areas of expertise include marketing, digital, retail, pricing, product management, channel and customer operations. She has a strong track record of building some of the most admired telecom brands of the country and Vodafone’s iconic Zoozoos were born during her tenure as the Brand Head at Vodafone India.

Her talent and success has been acknowledged at several prestigious forums - Economic Times included her in its 25 Rising Women Leaders of India Inc. in 2015; Business Today voted her as one of the Hottest Young Executives to watch out for in 2011 and Brand Equity named her amongst the 8 Marketing Premier League Icons in 2009.

Ms. Kavita is an alumnus of the Faculty of Management Studies (FMS), M S University, Baroda where she did her MBA in Marketing and has also completed Senior Leadership Programs from London Business School and IIM Ahmedabad.

Blue Dart Express Limited is the registered proprietor of the trademark "Blue Dart".

This site is protected by copyright and trade mark laws.