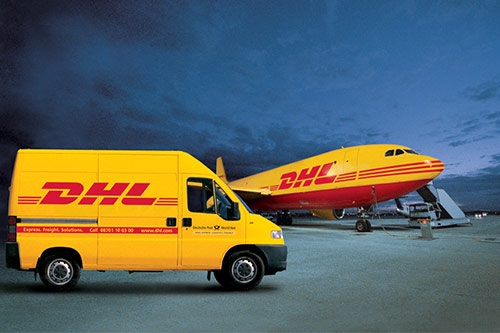 The following are guidelines to assist you in completing customs formalities for your international shipments. The data is correct to the best of our knowledge. However, Blue Dart Express Limited will not be responsible for any omissions or changes in procedures at the time of shipment.

The Customs procedures given below pertain to:

To enable speedy clearance of loads, the Courier Imports Regulation 87/98 (formerly known as 35/95) was introduced by the Government of India. This regulation stipulates that:

Documents are cleared through customs on arrival. They are passed through X-ray machines and cleared immediately.

Non-documents that are classified as documents may be subject to fines and penalties imposed by customs for misdeclaration.

Given below is a general classification of documents:

The Courier Imports Regulations permit Duty Free clearance of gifts and samples valued up to ₹ 10,000

Important Note:
The value limit of ₹ 10,000 should be the ACTUAL MARKET VALUE OF THE SHIPMENT i.e. the price at which the goods would be sold in the market place. Customs reserves the right to adjudicate correct market values and, in such cases, duty would be levied on the shipments regardless of the value declared by the shipper.

Shipments are opened and checked at random during customs clearance. Shipments may be required to be detained at customs for further documentation or valuation purposes.

Introduction
Shipments must be accompanied by a 'printed' Commercial Invoice that should declare the Actual Market Value of the Goods. Customs reserve the right to adjudicate correct market values and duty would be levied on such re-assessed 'fair value'.

Every package is opened and examined by customs. Shipments may be required to be detained at customs for further paperwork or valuation purposes.

Shipments that are detained are submitted to the Express Industry Council Warehouse, which is a customs bonded warehouse, and a Detention Note is issued for each detained shipment.

Customs Assessment
All import shipments are assessed by customs on a CIF (Cost, Insurance and Freight) basis only.

In addition to the above, for all import shipments, 1% of the CIF value is added towards landing charges. All assessments are done on the CIF Cost Plus 1% landing charges.

Customs may adjudicate 'fair value' of a shipment based on information that they have, in case they feel that the value declared by the Shipper is incorrect. Duty would be levied on such fair value.

Customs Clearance Hours
Clearance of all samples, gifts, packages is undertaken by customs during the normal working hours i.e. between 10:30 hours to 17:00 hours only. Every second Saturday of the month is observed as a holiday, and customs do not work on Sundays.

Goods Prohibited for carriage into India on the COB Mode

Prohibited items when imported into India by the COB mode could result in:

Detained Shipments
The following shipments are generally detained by customs for the reasons given below:

Consignees wishing to avail of Duty Exemptions of other than listed Life Saving Drugs must approach the Director General Health Services and obtain Duty Exemption Certificate prior to import.

All prescription drugs require to be first cleared by the Assistant Drug Commissioner of Customs. A doctor's prescription is essential. Once the 'No Objection Certificate' is obtained, the shipment is presented to Customs for valuation and clearance.

The commercial invoice depicting the correct name of the drug, as well as the correct value, would ensure immediate clearance, after obtaining the 'No Objection Certificate" from the Assistant Drug Commissioner. Customs reserve the right to demand the supplier's bills or price lists.

For Valuation Purposes
Shipments not accompanied by a Commercial Invoice depicting the actual market value of the goods, or where customs have any concerns regarding the value declared, would be detained. Such shipments can only be cleared through customs upon production of the following by the consignee:

To ensure speedy clearance of the shipment, it is in the interest of the shipper and consignee to ensure correct values are declared at all times, and catalogues of the items accompany the consignment.

For shipments destined to such importers, it is mandatory for shippers to ensure that the status of the importer is clearly declared on the waybill as well as on the Commercial Invoice. Otherwise, such shipments may be treated as normal, dutiable shipments.

For shipments detained by customs, importers are required to customs clear through their own service providers and fulfil the necessary customs obligations. Customs do permit transhipment of such shipments to other International Customs Airports in India. The consignee is required to appoint a registered customs house agent (customs broker), who would have to file a regular bill of entry for imports, to undertake such clearance.

Shipments of such importers are detained at customs and can only be cleared against submission of the Duty Exemption Certificate by the consignee.

Import License
Certain items fall under the list of Restricted Items that require clearance under a Special Import Licence (SIL).A SIL is freely available and can be purchased in the open market by any importer for clearance of shipments.
Such shipments can be cleared:

Proof of Bonafide Exporter
Exporters, who import into India items such as labels and hangtags used in the manufacture of exports, are exempted from payment of Customs Duty. Such shipments may be detained by customs who may request for proof of being a bonafide exporter or proof of export orders, etc.

Feature Films
All feature films, in any language, must be accompanied by a Commercial Invoice that should depict the length of the film and a brief synopsis. Such shipments would be detained by customs and clearance is only permitted against a No Objection Certificate from the Censor Board.

Videos and other such goods, containing training material, can be cleared through customs against a declaration from the shipper giving all details of the content, length of the tape, etc.

Customs reserve the right to view such items to verify the contents.

Prohibited Items
Items prohibited for import into India by the Courier-on-Board (COB) mode, may be permitted for clearance against levy of a penalty/fine subject to the following:

Important Note: Blue Dart does not carry precious metals, gems and jewellery on its domestic network.

Repair and Return
Items exported from India for repairs and imported after completion of repair, are levied Duty on:

Such items must be accompanied by a Commercial Invoice that must clearly state the words "Repair and Return" and the repair cost.

These items would be detained at customs and the Consignee is required to submit export documentation in the form of the original export shipping bill as well as the original customs-attested export invoice. Repair and Return benefit would only be granted if the identity of the goods exported is established to be the same as the goods imported after repair i.e. the serial and part numbers of the item must tally and must be stated on both the export and import documentation.

Generally, such shipments are those that require clearance against an Import Licence, as well as shipments where the value is more than ₹ 1,00,000/=. All shipments having this value or more require the importer to submit the Exchange Control Copy of the regular Bill of Entry to the Reserve Bank of India at the time of making remittance of the cost of goods to the overseas supplier.